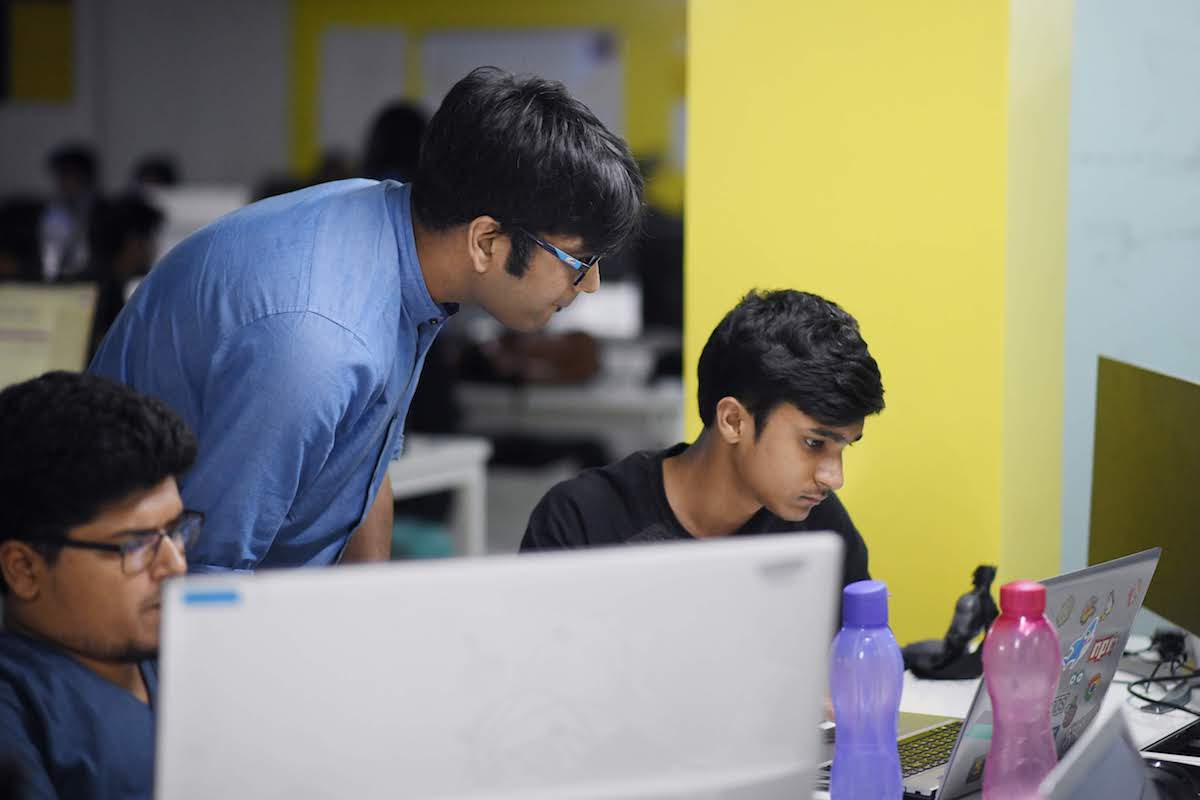 Going from Great People to Greater Teams: How We Think About Growth at Atlan

What Silicon Valley tells us about building great teams

When many people think of Silicon Valley, they think of current tech giants like Amazon, Google, Facebook and Apple. But its story actually started four decades earlier with far more basic tech — the semiconductor. (This is how the area got its name, since silicon was one of the most widely used semiconductors for electronic devices.)

Silicon Valley can be traced back to eight people known as the “Traitorous Eight”. They left Shockley Semiconductor Laboratory in 1957 to found Fairchild Semiconductor, which quickly became the leader of the semiconductor industry. Some of Silicon Valley’s foundational companies, like Intel and National Semiconductor, are called “Fairchildren” because they were directly or indirectly created by former Fairchild employees. One of the Eight, Eugene Kleiner, even went on to found Kleiner Perkins Caufield & Byers, which has helped create and fund key Silicon Valley companies like Amazon, Compaq, Intuit, Netscape, Sun Microsystems and Symantec.

Three decades later, General Magic became the Fairchild of smartphone and communications technology. In the 1990s, the company’s work on smartphones was ahead of its time, but its engineering team was legendary. A decade later, its engineers went on to create the iPhone, iPod and Android; start eBay, Nest and WebTV; and take up leadership positions in places like Google, Apple and Adobe. Many of today’s tech innovations can be traced back to General Magic’s team.

Most recently, the “PayPal Mafia” (a group of former PayPal employees and founders) was credited with the re-emergence of consumer-focused Internet companies after the 2001 dot-com bust. After PayPal was purchased by eBay in 2002, most of PayPal’s original employees left the company (including everyone in the PayPal Mafia), and they stayed connected as business acquaintances and partners. The PayPal Mafia went on to found or become leaders in Tesla, LinkedIn, Palantir, SpaceX, YouTube, Reddit, Yelp, Yammer, Kiva, 500 Startups and Founders Fund — a veritable who’s who of today’s Silicon Valley organizations.

The world views each of these famous teams as a group of incredible leaders, all of whom have literally gone on to transform the world. But the secret wasn’t in the team members themselves. Fairchild, General Magic and PayPal weren’t uniquely capable of finding and hiring geniuses. Instead, those organizations turned their teams into something far more than the sum of their parts — they grew teams of smart people into legendary groups of leaders and visionaries.

How we think about growth

In Atlan’s first few years, most of our team members charted their own growth paths, often growing by leaps and bounds. It was normal for people to grow exponentially in their roles — as part of a fast growing startup team, they didn’t really have a choice! Most of our early team members picked up problem after problem each quarter, put their hearts into solving them and became self-taught subject matter experts. Just a few years later, they’ve become pillars of the company.

It’s incredible how much a smart, passionate team can achieve these days, especially when they’re motivated by a compelling vision and given the right opportunities and access to the internet for learning. Yet it can be difficult for teams to grow organically like this as they scale up.

As our team grew closer to hitting the 50-person mark, our first engineer Mukund realized that it was becoming more and more important to lay down official growth and career trajectories. In true Atlan fashion (“Bias for Action” is one of our core values), he teamed up with Dharmik from our Talent Team to solve for this.

Since another core value is “Problem First, Solution Second”, they began with the problem. How did the companies we admire create professional growth paths for their team? What does a growth trajectory even look like? How had people at Atlan grown so quickly over a short amount of time?

Digging into this problem helped us define the mechanics of what it means to grow at Atlan and, more importantly, what we can do to help everyone in our team find their own growth path. Here are the three principles we ended up with.

We create opportunities for different people to grow in different ways

Our first principle is that we’ve always believed that people grow best when they are given opportunities to step outside of their comfort zone. These opportunities come in many forms — being thrown neck-deep into large-scale projects, taking key decisions around our tech stack, representing Atlan to external communities, or making decisions about whom to hire and not hire. We have always been mindful about creating these opportunities for people who we think have the potential to fly.

The examples of this are endless:

When we dug into all of these stories and more, we realized there was a pattern. People tended to end up into one of two growth tracks: technical experts, where they pick a specific function and become experts both in the company and community; or people leadership, where they take on people management and leadership responsibilities, starting with small teams and growing to even larger teams and responsibilities.

Krishna is a great example of the technical leadership track. He joined as an data intern in 2014, then developed Viz, a tool to help anyone display data on maps. He then went on to lead the development of our visualization tools and infrastructure (all built on D3.js, which he learned on the job). At age 24, he speaks widely in visualization communities, anchored the first Vue.js meetup in Delhi, and is the technical leader in our Frontend Team of 6 people.

Yatin, on the hand, is a great example of the people leadership track. He joined as our second engineer, famously built an Android app in just 7 days, and then developed the beta version of Collect (our mobile data collection product). He took up his first people leadership role in 2017 as the Product Lead for Collect, starting with a team of 2 engineers. He expanded the team to 5 engineers as he scaled Collect to 150 users across 28 countries. Since then, he’s been taking up larger engineering responsibilities, including infrastructure and DevOps in his free time, and he recently took on a role as the Engineering Lead for our 19-person Engineering Team.

We bring smart people and the latest ideas into our office

The second principle of how we think about learning and growth is exposure. We believe that the more exposure we have to best practices, key influencers and diverse outlooks, the faster we’ll learn and grow. That’s why we invest a lot of time into sourcing and sharing knowledge across our teams:

The third way we help people grow is by building strong communities, both internally and externally.

We’ve always run company-wide demos, where teams showcase what they’ve been building, the challenges they’ve confronted, and what they’ve learned. Each team also has its own demos, including the highly-awaited monthly Engineering Demo, where our engineers give technical talks about their processes, challenges, solutions and upcoming experiments.

These aren’t the only way that we learn from our teammates though. Anyone in the team can also organize a ToT (which used to stand for “Teach on Tuesday”, though now it happens on any day), an open event where someone teaches anyone who’s interested about the topic of their choice.

We’ve had ToTs on the basics of APIs, em-dash rules, Github, state budgeting processes, Collect’s history, personal finance tips, data security, our platform integrations and more. And of course, there are plenty of candid conversations over lunch in our canteen, walks on our terrace or chats in the middle of the night with fellow teammates.

However, we also think it’s important to contribute to the larger community for learning and growth beyond our team. We regularly partner with tech communities like Google Cloud Developer Community, PyLadies Delhi, LinuxChix India, Delhi Elastic User Group and PyData Delhi to co-host events at the Atlan headquarters.

Sometimes our team members even help start up these groups when they see a need. For example, Akash (Data Engineer at Atlan) recently collaborated with R Consortium to organize the first useR Meetup in Delhi. Our team often speaks at these events to share our learnings and get other people’s perspectives on our work.

We believe that building these communities is a force multiplier — the more we give, the more we learn and grow, and the more we help others learn and grow in turn. These experiences not only help to accelerate our growth paths but also leave us feeling more connected to the latest developments and key people in our field.

Growing our thoughts on growth

We’re on a mission to help data teams around the world do their lives’ best work, but building a world-changing company rests on our ability to build amazing teams. These teams won’t be made up of a collection of geniuses. They’ll be made up of driven, smart people who have been given the opportunities, knowledge and community to grow into something far beyond what they ever imagined.

These three principles are just the start to how we think about individual growth. We’ve created a task force to solidify and expand our growth frameworks, and we’re always looking for new ways to help every person grow exponentially. But we grow and evolve, what will never change is our belief that people can do incredible things, given the right environment and opportunities.

Co-founder at Atlan. Tweets at @prukalpa. 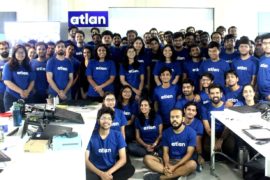